HomeGallery There Goes My Hero 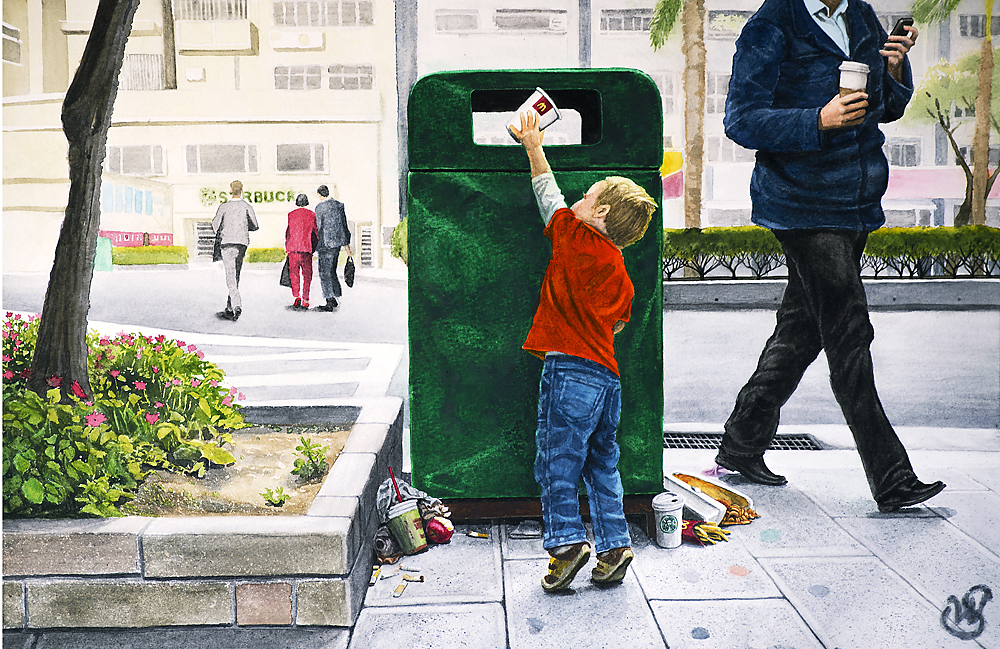 49% of the trash you see in the streets of the United States is from fast food.

The five most significant sources are McDonald’s, Burger King, Seven Eleven, Starbucks and Wendy’s in that order.

McDonald's alone accounts for 29% of that trash, which is around half a million pounds a year.

I'm sure the number is far greater, it doesn't account for global or what's in the ocean.

The 7.8 billion dollar revenue and 761,000 employees (global) makes Mickey D's a population greater than Luxembourg, and more rich than the country of Mongolia. But we can't do anything about that. All we can change is ourselves, and our children will learn from us, as many have learned from the litterbugs that raised them. 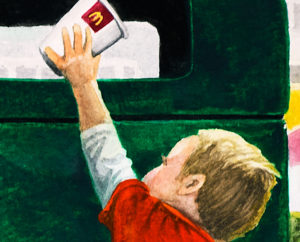 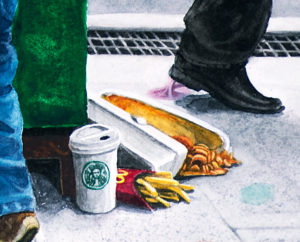 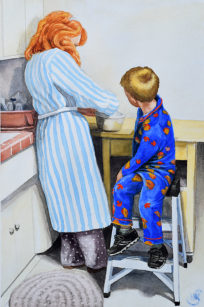 In our house a regular occurrence, almost a tradition if you like, are early morning waffles with ou... 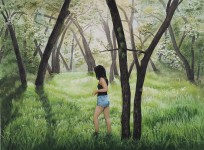 A friend posted this on Facebook and I told her, "I simply must paint this." So I did. The...

A friend was touring Southeast Asia this summer and posted the most amazing pictures of his travels....