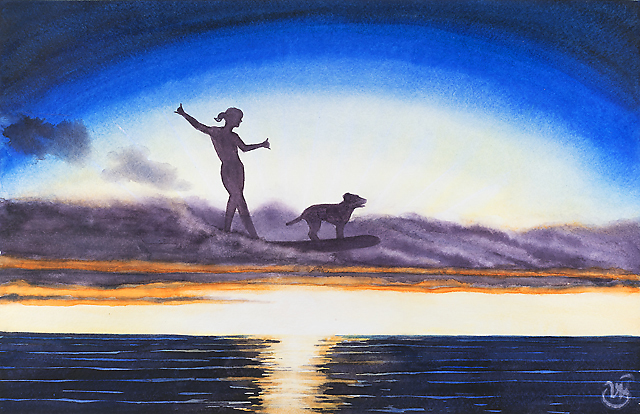 I have painted of the inspiration of Pascale Honore and Duct Tape Surfing in Anything is Possible. In September of 2015, one of the greatest sisters of the tides passed due to complications from a twisted bowel.

She will be sorely missed, for myself, in a world with few heroes, she became one of mine and showed me that anything is possible. For that, I am thankful Pascale Honore of Duct Tape Surfing is free of the body that betrayed her and the loss of her beloved Coyote. This is where I see her now, reunited with Coyote, sending us Shakras from Heaven, and hope it will always be. 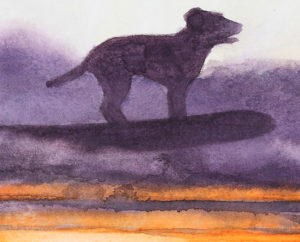 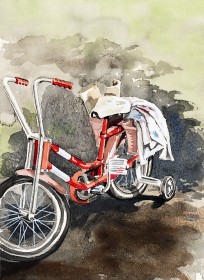 Generation after generation, we all relive the first bike we owned through our children, watching th... 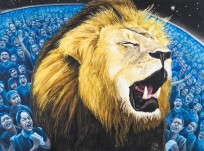 A moment at one of my favorite beach breaks, Ocean Beach, the Dog Beach end, in San Diego. There are... 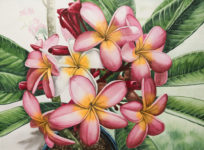 The Plumerias were glorious these year, one of them with bright pink flowers and warm yellow hearts,...